Where it all began: How 007 became ABRAXANE

It was 1992. The year that the space shuttle Endeavour made a successful mission to space, when the Cold War came to an end and when a Frenchman called George Charpak took out a Nobel prize in Physics for his inventions of particle detectors.

It was also the year a new cancer drug called Taxol emerged on the global cancer stage. Chemical engineer Dr Neil Desai was working alongside world-renowned surgeon, philanthropist and entrepreneur Dr Patrick Soon-Shiong. Together, they attended a scientific meeting about  Taxol (paclitaxel), which had just received marketing approval. They heard that this life-saving compound, discovered in the bark of the Pacific Yew Tree, had been formulated with a castor oil derivative known as Cremaphor (CrEL) to make it water soluble for infusion into cancer patients. The accomplished scientists knew that in patients, Cremaphor had been known to cause life-threatening allergic reactions1,  and were adamant there must be another way to deliver the compound to patients. And so they set to work. Thousands of lab hours later, they contested that emerging nanoparticle technology, in combination with natural human albumin, would enable delivery of the same important medicine in a more efficient way, but this time, without the side-effects of Cremaphor.

This was a meeting of like minds, and of science. The Desai/Soon-Shiong version of paclitaxel without Cremaphor was originally known as ABI 007 (license to kill cancer), and their unique method of combining drug molecules with new technology was the nab platform.

Despite the demonstrated improvement in breast cancer treatment over paclitaxel2, the medical community initially scoffed, calling it ‘old wine in a new bottle’. Dr Desai and his scientific partner insisted it was ‘new wine in a new bottle’ and persisted. Many technology, monetary and regulatory hurdles later, their new drug that began life as ABI 007 became ABRAXANE (nanoparticle albumin-bound paclitaxel).

To date, it has been used to treat ~600,000 patients around the world,3  and is regarded a standard of care in some settings. Dr Neil Desai discusses the ABRAXANE story and reveals what’s next. 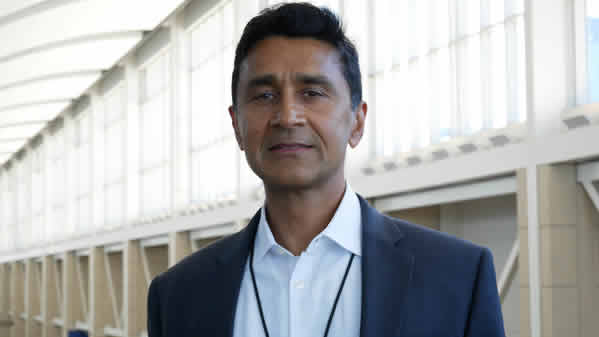 Tell us about the ‘Eureka Moment’ that led to the development of ABRAXANE.

I would not say there was one particular Eureka moment, but there were a couple of instances along the way. The first moment was when we came up with the idea of combining a drug with human albumin. That had never been done before, so conceptually, that was a Eureka moment. Then, we had to translate the concept into reality. We had to figure out how to bring together thousands of molecules of paclitaxel and albumin and convert them into a form that was suitable for putting into a patient. Nanotechnology was a new field.  It is the science of assembling a structure at the molecular level and creating objects so tiny, they cannot be seen under an optical microscope. There were no reference materials and we were in the lab, tinkering under the microscope and trying to develop a technique to create particles so small, that they were no longer visible. When that finally happened, that was the all-important second Eureka moment.

What do you say now to those who initially called it “old wine in a new bottle”?

I would say that those medical professionals probably didn’t fully understand the nature of the drug. True, it was paclitaxel, but I think that is where the similarity ended. I would say it is new wine … and probably in a new bottle as well.

From my interactions with physicians over many years, when they use ABRAXANE they can see how patients feel when they are being treated with this drug. And I think that is an important factor, although it doesn’t usually get factored into the clinical trial setting. We need to get clinical information about how a patient feels. If we were able to get that kind of information, it might add to the body of existing evidence. There may be a lot of side effects that result from solvent-based paclitaxel. And, in some cancer settings, our delivery system has been shown to improve how the drug works.

How can the nanoparticle albumin-bound (nab) platform be further leveraged? Tell us about next-generation nab – ABI-009.

We have taken the nab platform and put another drug into the same type of technology that was used to develop ABRAXANE. The drug in this case is rapamycin. We call this drug ABI-009. It is not a new drug, as rapamycin was originally approved in the transplant setting for prevention of rejection. It has not really been used in the cancer setting. What is exciting is that we have found that combining rapamycin with the nab platform helps to leverage its activity and its ability to penetrate tumours. We are exploring that in the cancer setting and so far, the results are promising.

We are currently conducting a registration trial for a rare sarcoma, called PEComa (perivascular epithelioid cell tumor). which we hope to complete enrolment for this year. Outside of the cancer setting, we are also trialling the technology in pulmonary hypertension, where we are seeing some interesting results in the first few patients. Other indications – including epilepsy and mitochondrial disease – are also being investigated.

Rapamycin targets the mTOR pathway, which is a pivotal biologic pathway. When activated, this pathway drives the spread of cancers and promotes other proliferation. And so, if you are able to block that pathway effectively, you are able to stop that proliferation. In the case of pulmonary hypertension for example, pulmonary arteries get clogged because of proliferation in the blood vessels. We look forward to seeing more data emerge from our trial programs, but things are looking promising.

Why is rapamycin synergistic with the nab platform?

The way the molecules bind together is unique and we are actually able to  create these nanoparticles with rapamycin that are even smaller than those we created with ABRAXANE.

In animal models it works very effectively. We are now translating our research into the clinic and beginning to see results now.

Our technology opens a new opportunity, potentially in terms of how side effects are managed, as well as drug activity. The nab platform enables drugs to be used in a space where they may not be active, or marginally active without the nab platform. Ultimately, at the end of the day it is about quality of life for patients who are prescribed these medicines.

What advice would you give to entrepreneurs about when to persist?

There are many good ideas and many intelligent people come up with great ideas.

Often there are technology hurdles, as was the case with us. We did persist, although admittedly, funding is a big part of it.

I would say that when hurdles seem insurmountable, if you know your idea is good, you must persist.

In your view, is chemotherapy becoming outdated, with the advent of immunotherapy agents? Or do you think that chemotherapy drugs will still remain a backbone of cancer therapy?

There are new approaches with immune modulators and genetic modulators. Chemotherapy agents ultimately may phase out, but I can’t see that happening for a while.

I think chemotherapy agents will remain a backbone of cancer treatment, also because of the regulatory framework in which we operate. Scientists must demonstrate that newer agents offer an improvement over standard therapy, in order to obtain approvals. I think often the easiest way is to trial combination therapies using the older standard of care.

What is the future of ABRAXANE and how do you feel about your scientific legacy?

The future of ABRAXANE is not in my hands, unfortunately. It remains to be explored in different indications and I suspect there may be new benefit. There is data in ovarian cancer, as well as a few other cancer types. It is always a challenge for a large company to see if it makes economic sense to pursue those indications, taking into consideration other factors like patent expiry times and new agents on market.

Having said that, I am proud of what ABRAXANE has achieved and the role I played in bringing it to people. Developing this technology was a team effort, and I congratulate everyone who participated. It was a new approach, perhaps a bit radical at the time. It became one of the first drugs approved using nanotechnology. Our persistence paid off. 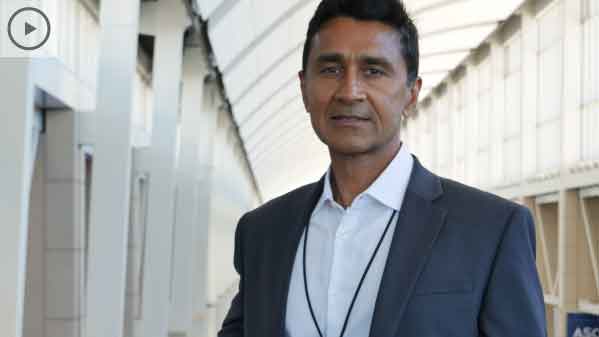