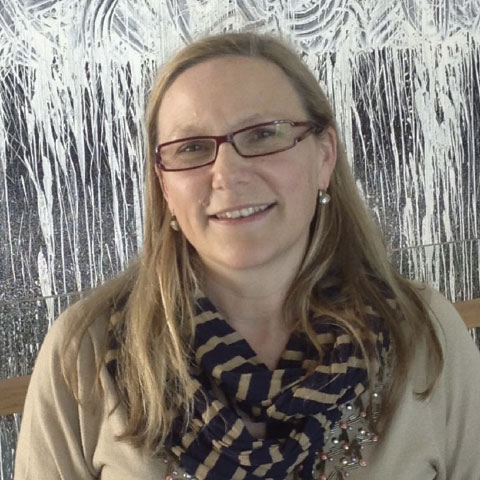 “I think the biggest revolutions in pancreas cancer treatment are yet to come.”

Dr Lorraine Chantrill has been a medical oncologist for 10 years, with a particular focus on pancreatic cancer “because it is so terrible and there is so much room for improvement”.

She notes that average survival rates for pancreas cancer have improved but remain abysmal (only 7% of patients survive five years post diagnosis) “and we need to do a lot more work in the prevention space”. She is also calling for screening studies of patients who are newly diagnosed with Type 2 diabetes (possibly via ultrasound) to potentially assist early pancreas cancer detection in some patients. While no link between these two diseases has been established, Dr Chantrill says tumours can affect normal insulin production and a surprise diabetes diagnosis may sometimes be an early cancer warning.

What is your rationale for potentially screening patients who are newly diagnosed with Type 2 diabetes?

We know that probably about 25% of pancreas cancer is cigarette smoking related. Maybe up to 10% of cancers might be linked to inherited changes but that leaves two-thirds with no known cause.

What we do know is that there are some associations. There is an association – and I say that carefully – between new onset Type 2 diabetes and pancreas cancer. There is a reasonable rationale to do screening of the pancreas gland in people who are diagnosed with Type 2 diabetes who do not have other risk factors for diabetes.

It’s quite simple. If you have a tumour in the gland, it may become dysfunctional so you might not be able to produce insulin as efficiently. As an oncologist I hear the story so frequently: ‘I was diagnosed with Type 2 diabetes only a year ago’ — so it is a very common story. But it just so happens that this is an age group of people where that can happen anyway. The median age for a diagnosis of pancreas cancer is 67 for primary disease and for metastatic disease it is 71 years old. That is also the age people are commonly diagnosed with diabetes. It is very hard to prove this connection, but I think it might be a place to start. Let’s face it, we don’t have a screening test for pancreatic cancer. At least start a discussion.

Pancreatic cancer continues to have one of the lowest survival rates in oncology. Is there hope on the horizon?

Definitely there is hope – there is much more hope than there used to be. For example, I have a patient that I have now known for almost four years. I understand that this is an exceptional patient. But this patient just happens to have had an amazing response to treatment and she continues to have an excellent response. She says to me, ‘If I live long enough there may be a trial for me with something new’. And she is absolutely right.

Have treatments for pancreas cancer improved in recent years?

It’s true to say treatment (for advanced pancreas cancer) has improved enormously in the last three to four years, and part of that has been driven by a reduction in our nihilism towards the disease. (Previously) we weren’t going to do biopsies on patients because they were too sick, or we thought the patients were too sick for combination chemotherapy clinical trials, these kinds of ideas. Fortunately, that has changed and there is much more appetite to do things aggressively for people with pancreas cancer. We have also seen more recent trials in the second-line therapy space, which was unheard of in the past. That constitutes a been a revolution in this disease.

I think the biggest advances in pancreas cancer treatment are yet to come. They are to do with selecting out sub-populations of cancers that respond to different treatments.

How many sub-populations of pancreas cancer might there be and what are the treatment benefits of identifying these patients?

There’s still a lot of work to be done but I suspect there are more than four sub-types and maybe as many as 10.

I think the future will be about dividing pancreatic cancer into these sub-types and treating them differently. For example, there is a very small sub-type – representing 2% of patients – that have up-regulation of HER2 receptors and these patients may be responsive to anti-HER2 therapy, like trastuzumab. But that represents only 2% of cases. So screening and running a trial for only 2% is very difficult and very expensive. Similarly, BRCA mutated pancreatic cancers may respond better to platinum based therapy, but in Australia the percentage of BRCA mutated cancers is only about 4%. We also believe that the KRAS sub-type makes up about 7% of cases.

What needs to happen to assist next stage research efforts into this disease?

We really need to do innovative trials using patient derived tissue, which we can’t be shy about getting. I think there are a number of ways to do this, including a warm autopsy program, which is something we hope to do. That’s a way we can get tissue from several sites to which the cancer has spread – or metastatic sites, which is very difficult to attain during life. While we have done a major catalogue of primary pancreatic cancers in terms of whole genome sequencing, we know very little about whether metastases are the same or not.

Is immunotherapy playing a role yet in the treatment of pancreas cancer?

We have seen very poor results with immunotherapy so far in pancreas cancer which is very disappointing but maybe there is a sub-type that may respond to immune-based therapy. We have not found that yet, but that is not to say we should not keep looking.

How important is it to encourage new trials in this disease?

I went to a trials meeting recently and there was debate about how hard it is to get tissue samples from people with pancreatic cancer. Doctors were saying biopsies are hard because patients are too sick and because pancreas tumours can be technically difficult to access. For too long health professionals have been saying ‘I don’t want to put the patient through that, it is too difficult and these people have a short life expectancy. But patients are saying ‘you should be asking us’.  For example, if we were able to get biopsies after treatment or during treatment, we might be able to work out some of the clues which enable tumours to respond to chemotherapy. We don’t even know those simple answers, because it is very difficult to obtain tissue, especially for those patients for whom treatment is not working.

What inspires your oncology career?

If you talk to most oncologists you don’t have to scratch the surface very deeply to find people have a personal connection with cancer. Most people do these days. My mother died of cancer and I was determined to do something in this field because I thought there was so much need. The other thing that appeals to me about oncology is the amount of research being done. I did a science degree and worked in molecular biology before I did medicine. Oncology is the most exciting part of medicine because molecular biology is having a real influence on diagnosis and treatment. My ambition is to be a clinician scientist, literally trying to do research that informs treatment in the clinic. It is a model that has become more acceptable in Australia but it has not been a very common model until now. In US and European public academic institutions it has been pursued for some time.

The way in which our system is set up has hampered this career path, but it is developing now.

Dr Chantrill is based at the Kinghorn Cancer Centre in NSW and is a Director of the Australasian Gastro-Intestinal Trials Group. She spoke with STA in September 2016.