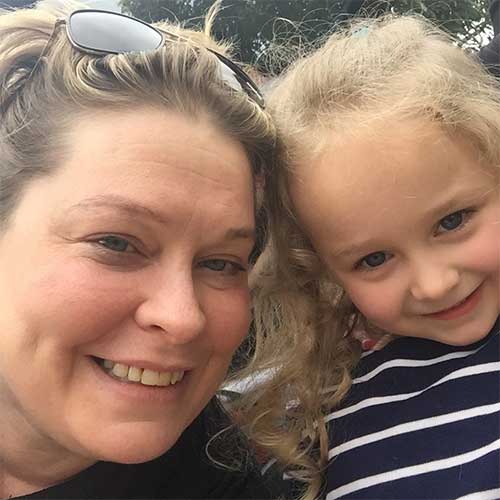 Two and a half years ago, Melbourne based high flyer Shelli Whitehurst was diagnosed with Stage 4 breast cancer. The devastating diagnosis inspired her to found a business that’s now helping other cancer patients around the world.

Shelli Whitehurst was at the pinnacle of her career, enjoying the success of the marketing business she founded when her life changed in an instant.

It was May 2014. Her strategic digital marketing company ‘Code Name Max’ was generating millions of dollars, she was working 15 hours a day, doing business in New York and loving every second.

She had experienced some pain – it was dismissed for months as an infection – then she visited an ophthalmologist with an eye so sore it was difficult to see.

Further investigation revealed two tumours behind each of her eyes and they were not primary cancers.

“My diagnosis was very rapid and very rare,” Shelli reflects.

“I was in New York, doing business, at the top of my game. I was a business owner, an entrepreneur, doing the whole thing and literally within seconds, my world just stopped.

“I could not get into a doctor for six weeks and I was having a mental breakdown, because when you put into ‘Doctor Google’ that cancer has left the primary area, you know that is not a good sign. You don’t die of Stage 1 to 3 cancer anymore, you die of Stage 4.”

Through a friend of a friend, Shelli was able to book into a breast surgeon a little earlier than expected. A day of extensive medical tests followed and she soon received terrible news: the cancer was in both breasts and her bones. She had rib and shoulder fractures. Her breast tumours were massive.

“I was full of cancer – when they scanned me I lit up like a Christmas tree,” Shelli says.

“You go from being a person to a patient. I had never been sick in my life.”

Because the cancer had spread so far, it was decided a double mastectomy would be of very little benefit.

“So we decided not to do surgery but we would monitor everything very closely and do surgery when required.”

She was put on to a new drug that was not yet listed on the Pharmaceutical Benefits Scheme and subsidised by the Federal Government. It meant she had to come up with tens of thousands of dollars within days.

Shelli has since had seven lines of therapy, including immunotherapy.

Unfortunately, despite the hope of immunotherapy, it did not work for Shelli. Now, her cancer has spread to her brain, lungs and liver.

“There is no drug that will fix me because my cancer is so weird and rare. I am 18 months past my expiry date. Now, we are on a different system of drugs which attack the cancer in a different way – which is good –  and we have had five months of stability.”

These days, Shelli remains a vital part of the business she founded, but concedes she works nowhere near the number of hours she once did.

She has moved home with her Mum and Dad and relishes spending time with her four year old niece Lyla and one year old nephew, Hudson. Travelling with them to Disneyland is really the only thing on her bucket list.

“I am 41 now. I have an incredible family and I love being around them. I try to be positive. It takes just as much energy being sad as being happy.”

At the moment, her entrepreneurial energies are diverted not only into her original company Code Name Max, but also into a new business she founded just days after her diagnosis.

Kit for Cancer is an enterprise committed to helping other cancer patients by developing and selling custom-made care packages to support them while they undergo treatment.

It’s an online business operating from her mother’s home and Shelli has sold hundreds of kits around the world, including in Zimbabwe and Brazil.

Testimony to her drive, the business is rapidly growing and evolving into The KIT Foundation.

Shelli says “Kit” began when she realised that there was no one-stop online shop “to have everything I needed” delivered when she became sick.

“People send you flowers and it’s lovely. While none of those sorts of gifts are unappreciated, it’s just not practical. In that moment you are diagnosed you need lots of practical stuff. Sick is expensive! I just kept writing down everything I needed and a friend put it all together in a box and I said ‘this is exactly what I need!’.”

Shelli’s kits sell for $150 and she tries to keep costs down but it’s hard – “so the more help the better!”. The business also keeps her mind off her cancer.

For the moment, Shelli is taking everything day by day and is hopeful that one day, her incurable cancer will be a chronic disease that can be managed.

“If I can get five more years that’s great, if I can get ten it’s awesome and if I get more than that it’s a miracle.

“The best time of the morning is when I wake up and I am still breathing.”

Whatever her future holds, she takes comfort that The KIT Foundation is being built to outlive her.

“We have an amazing advisory board and people just want to be involved. We are without a doubt, the best and the most awesome foundation to be involved with in the world! So join us!,” she laughs.

“The KIT Foundation is here to look after the patient in the here and NOW. The minute you are told ‘You have cancer’, that’s when we step in and start looking after you. We are here for the good times and the bad. This is real and raw and this is what happens. You don’t get away with no tears, trust me.”

‘Kits for Cancer’ come packaged in a vintage style suitcase and can be ordered online at www.kitforcancer.com.

Footnote: Shelli Whitehurst spoke to STA in September 2016. We are inspired by her story and look forward to working with Kit for Cancer in supporting patients.