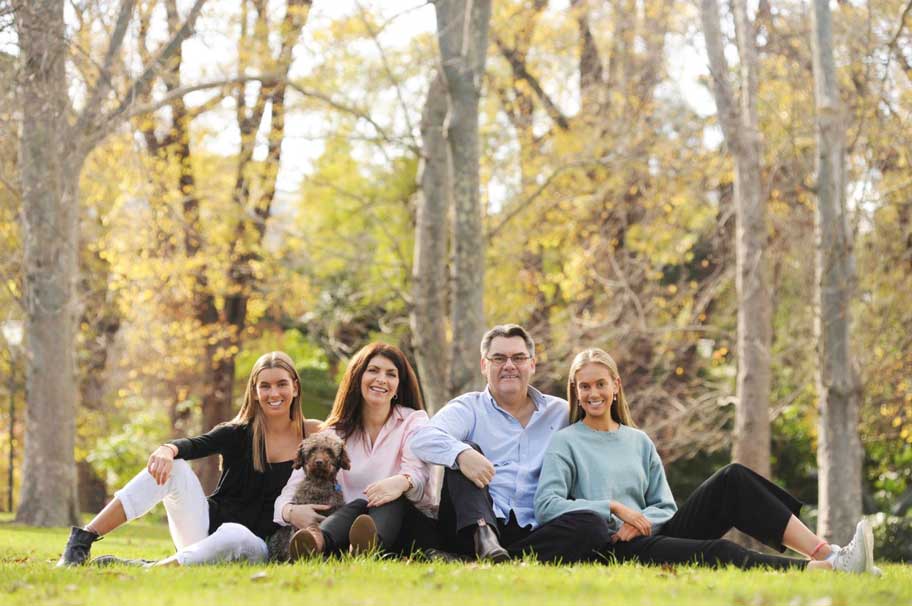 Karen Lurati was in her late forties, juggling a busy career and family when she noticed she was steadily gaining weight. Because she was also experiencing other symptoms like tiredness and hot flushes, she put it down to menopause. It was only when she felt an increased heaviness, or pressure on her pelvic floor, that she sought further investigation. Doctors discovered a 7.5 kilogram tumour wrapped around her internal organs. Karen had never heard of sarcoma before and was devastated at her cancer diagnosis. Three years later, she remains cancer free and feels ready to share her story, but admits the emotional recovery has taken a lot longer than the physical. To mark Sarcoma Awareness Month 2020, Karen is sharing her story to let others know there is hope.

“I was 48 and had a busy career as a retail consultant and lecturer when I was diagnosed with a retroperitoneal liposarcoma in my abdomen.  Doctors thought it had probably been growing for about five years before we found it. By then, it was massive – weighing in at 7.5 kilograms.

Because it grew so slowly, it just felt like weight gain. My tumour was not hard, it was really just fatty tissue, so it was soft and jelly-like and it was all encased. It had wrapped itself around all the spaces in my abdomen and it really did not do anything to me, except make me tired. 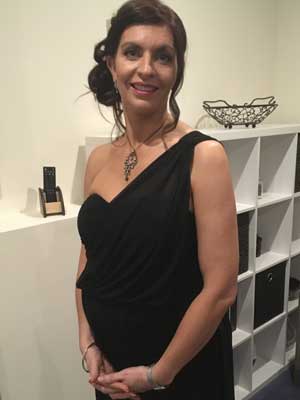 It was quite obvious I had a lot of weight in my stomach. But because of my age, I thought it was menopause. I was trying everything to lose weight, but nothing worked. I also had some hot flushes and some ongoing digestive issues, which I thought might be linked to a food intolerance.

I never suspected cancer, because it really did just feel like menopause. The symptoms seemed to make sense and I thought I just had to accept it. The weight seemed to creep up slowly and my tumour did not show up in any general medical tests, like mammograms or colonoscopies. I was oblivious it was there, because it did not grow inside any of my organs, it was just wrapped around the outside.

It was only when I eventually felt a ‘push down’ feeling – like you feel when you are pregnant – that I went and had a pelvic scan. Doctors told me my organs were okay, but they did see a mass that they could not identify.

So, they did a biopsy and realised it was cancer. Then everything happened very quickly. I had radiation prior to surgery to try and stabilise the growth before they could operate.

I had a massive 10-hour operation because they ended up taking out one of my kidneys and a section of my bowel as well. The tumour had started to infiltrate these areas and it was becoming dangerous.

I was really sad about losing a kidney and worried when they started taking organs out. But in hindsight, I was so lucky it was a kidney and not another organ that was impossible to remove.

Thankfully I avoided having to have chemotherapy. My particular sarcoma apparently does not respond well to chemo. After the surgery, doctors felt that they had got it all.

My tumour was apparently so rare and so interesting, that it has now been sent to a research lab in America. It is funny to think a part of me is now there, but I hope the research on this part of me will help other people for years to come.

I will have scans every six months for five years, but so far, so good. It is the fear of a cancer recurrence that I have found overwhelming and difficult to deal with. I do think the mental side of a cancer diagnosis takes longer to recover from. I became really depressed and found it hard to get out of bed. My Mum had died of cancer just before I was diagnosed and also, I think my own diagnosis made me lose trust in my body. Everyone says to me, ‘How did you not know, it was the size of two babies!’  But cancer has made me realise that none of us has control over anything. You can exercise and eat properly and be a good person and still get cancer. It has really helped me to speak with a psychologist about everything, because it made me realise I was carrying a lot of grief and fear.

On the positive side, I feel very grateful that if I had to experience cancer, it was one that could be treated. You have got to make the most of what you have got while you have got it. I am so thankful for the Peter Mac sarcoma and radiation teams, particularly Professor Michael Henderson and Associate Professor David Gyorki who are leading specialists in the field. My recovery is thanks to them, and also to my beautiful family and strong friendship and community network – they really stepped in and helped me, as well as my husband and teenage girls.

I really am one of the lucky ones. Now I want to tell my story to help others who are diagnosed with sarcoma.”

To learn more about sarcoma, clinical trials, or to find a sarcoma specialist, please visit www.sarcoma.org.au 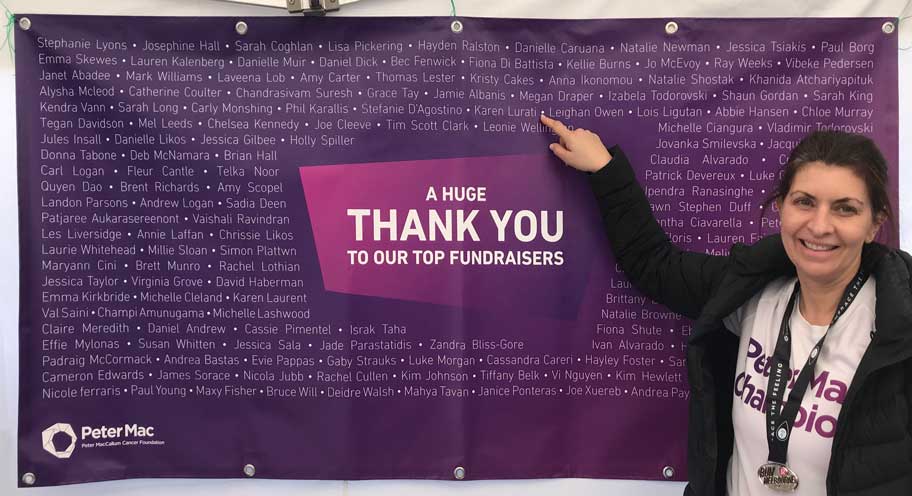